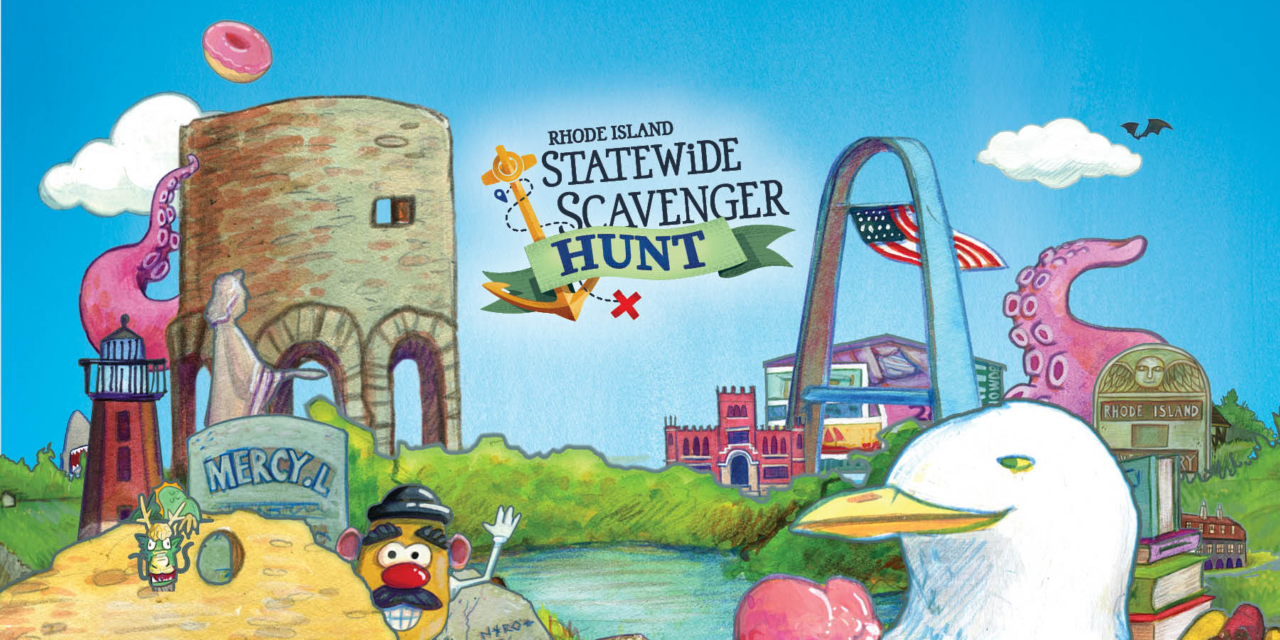 Leadership Rhode Island will stage its second annual Statewide Scavenger Hunt during the last weekend in August.  So gather a group of friends and prepare to comb the state in search of historical spots you didn’t know existed, places you’ve heard of but never visited, and sites you’ve passed dozens of times but didn’t realize their significance.

The inaugural scavenger hunt last summer “reinforced our belief that there is so much beauty, history and diversity right here in Little Rhody,” says Gina Kilday of Team Kilday, one of the prize-winning teams in 2021. 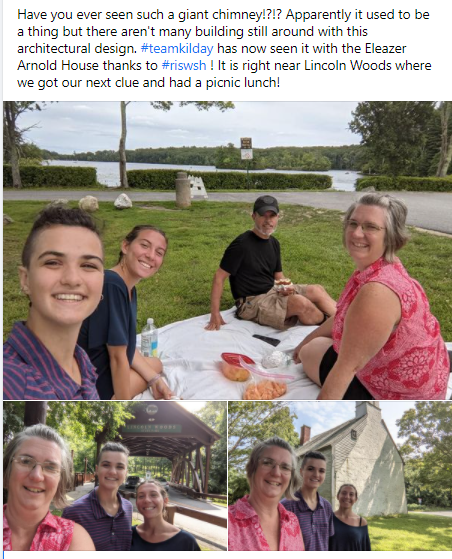 She and her husband, their teenagers, then 16 and 18, and a newly arrived exchange student from Italy followed the clues to 65 of the 128 active sites.

Kilday, an elementary school teacher in Exeter/West Greenwich, said the hunt was a great bonding experience.  “It’s hard to find things that excite the whole family.”

As they traveled through each of Rhode Island’s five counties, stopping to picnic each day, there was a lot of giggling and fun, Kilday, who learned of the hunt from a Facebook ad, says.

The idea of a scavenger hunt surfaced when LRI staff was brainstorming about safe ways to bring the larger Rhode Island community together at a time when Covid precautions were still in force. It would allow participants to build their own teams – adhere to Covid pods, if necessary – and to mingle with others in the safety of being outdoors.

Developing a statewide hunt open to all Rhode Islanders would require ingenuity, technological savvy and an affinity for puzzle-solving.  Enter the multi-talented Chris Donovan, LRI’s Events and Communications Manager, who created the 2021 hunt in a matter of weeks.

While 96 teams were using a customized interactive cellphone app to get their search clues by scanning QR codes,  Donovan was already thinking about ways to make the hunt even better in 2022.

This summer’s hunt will benefit from two new collaborations, one with Sara Corbin, whose weekly podcast, Weird Island, describes some of the state’s quirkiest historical events. She will provide audio-narrative segments for some sites in the hunt. 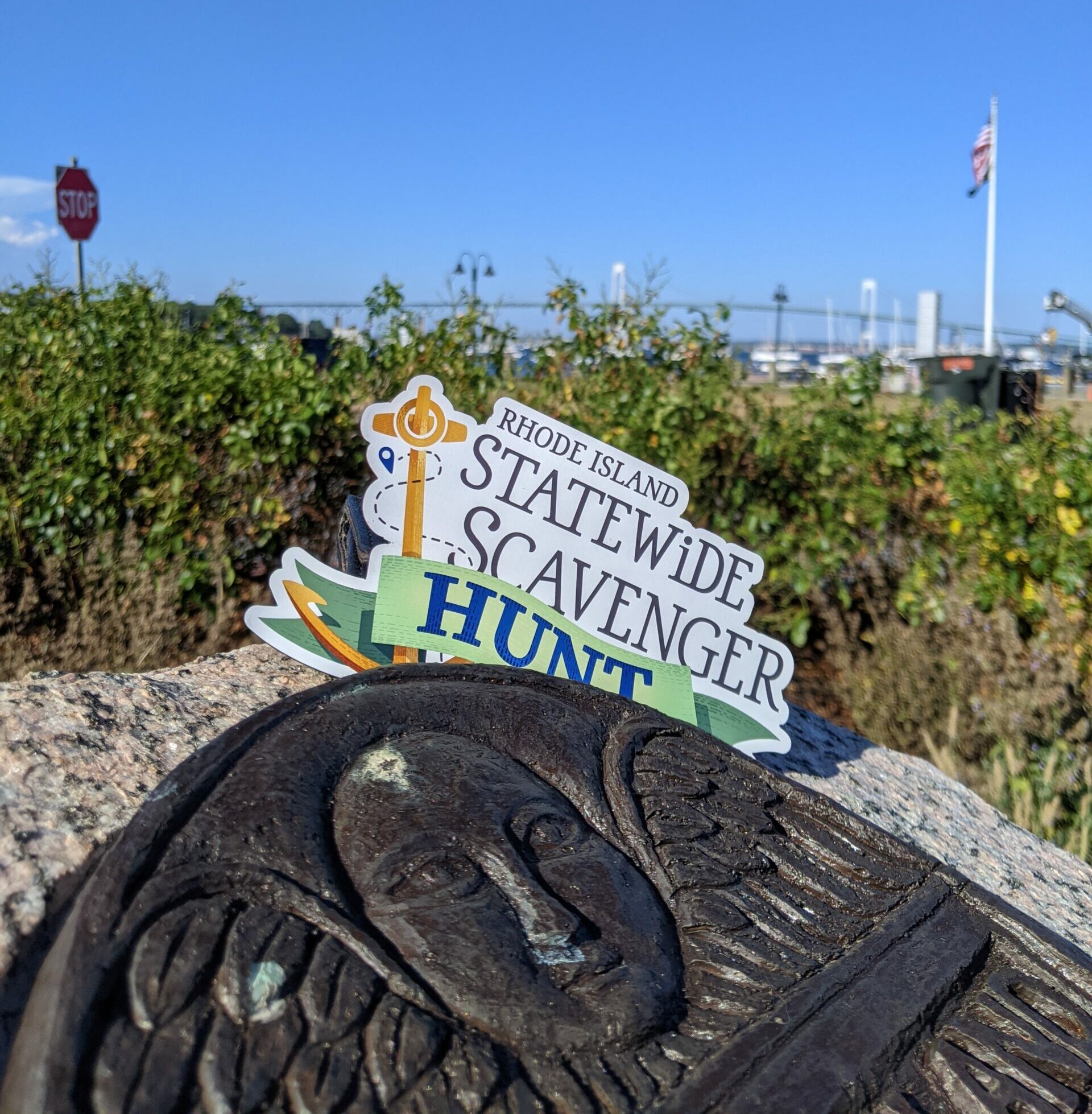 One of the many Rhode Island Slave History Medallions that are an addition to this year’s hunt.

The second is a cooperative effort with the Rhode Island Slave History Medallion Project, which locates and marks sites linked to the state’s historic role in slavery. More than a half dozen slave history markers will be in this year’s hunt.

The slave history collaboration sprung from a fortuitous encounter last summer.  Charles Roberts, founder of the slave history project, stopped to say hello when he noticed Donovan at the Patriot’s Park Memorial in Portsmouth.  When Roberts learned that Donovan was scouting sites for a statewide scavenger hunt, plans to collaborate for this year’s hunt quickly emerged.

The 128 locations in last summer’s hunt ranged from the prominent, such as the Waterfire Basin, to the humble, such as the now defunct art deco entrance to TF Green Airport. There were even two on Block Island, although no team squeezed in the time to check there.

Some sites were surprising. Case in point: Courtney Schmidt ’19, whose team also was a prize winner, guesses that she had driven by the 40-foot Hannah Robinson Tower on Route 1 more than 400 times, without knowing anything about it.  Last summer, her team climbed the structure and learned its history.  She is looking forward to defending her team’s winning title this summer.

In all, the new hunt will include more than 100 sites, with at least 50 new places, and reimagined clues for some of the favorite locations from last year.

Though the hunt is a fundraiser, LRI has a more lasting goal, that of building pride and attachment to the state we call home. That’s why LRI emphasizes that participation is open to the entire Rhode Island community.

“Place attachment is an emotional connection to a place that transcends satisfaction, loyalty, and even passion. A community’s most attached residents have a strong pride in it, and positive outlook on the community’s future, and a sense that they belong,” concludes a 2019 academic research study. 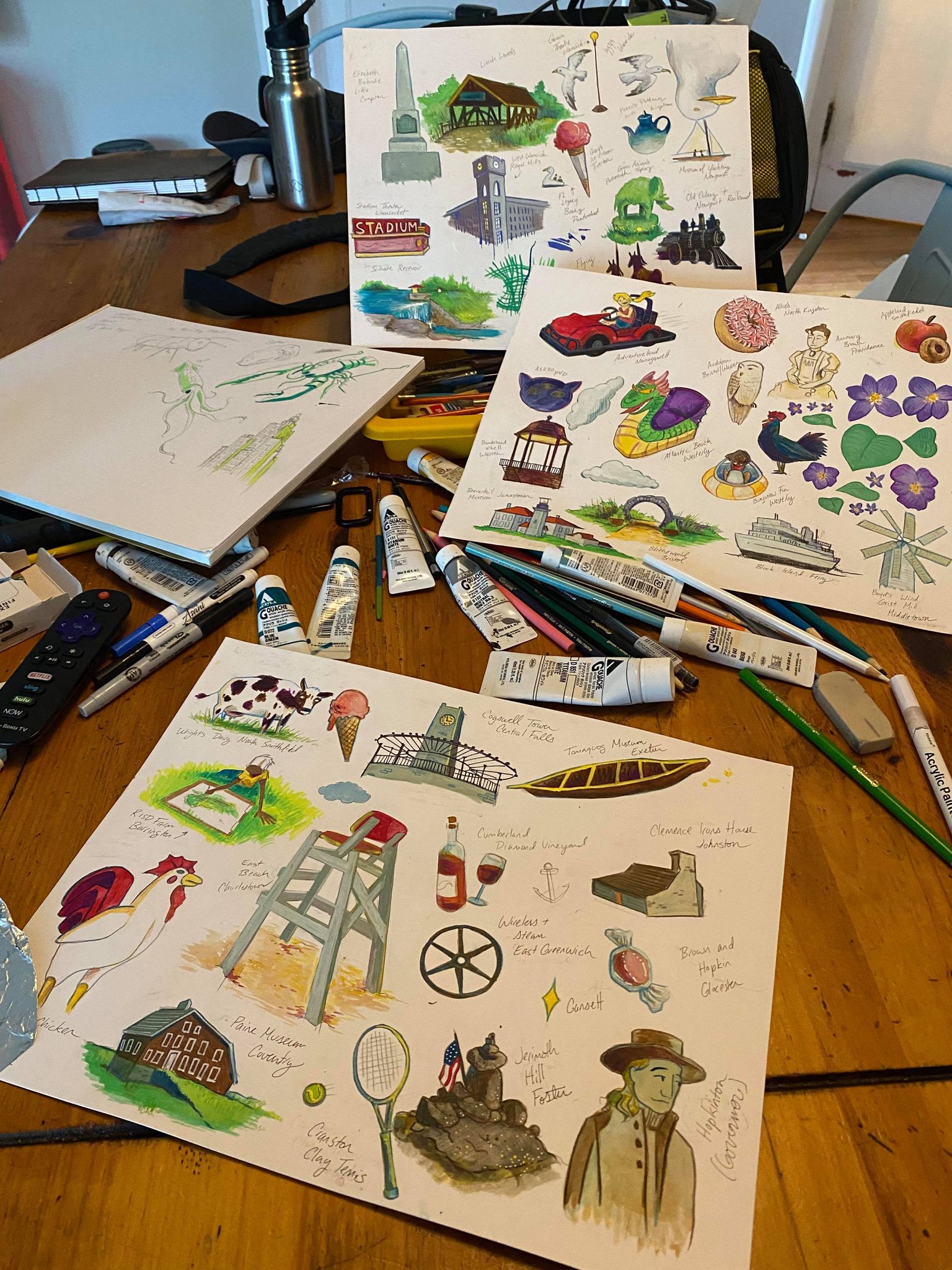 Illustrations for the Scavenger Hunt were commissioned by a local illustrator.

This year’s Hunt will take place Saturday and Sunday, August 27-28. Flexibility rules. You can search solo or pull together a team of six; you can spend as little or as much time as you want exploring the wonders of Rhode Island over the two-day period.

To register, visit www.RIScavengerHunt.com   The team fee is $60. Teams can pick up their search kits before the event at four locations across the state.

Prizes include a year’s worth of passports for Rhode Island Food Fights, a VIP WaterFire experience, and gift packages from various Rhode Island Tourism Councils.

Teams racking up the most “finds” will be eligible to compete for a prize. But, in the spirit of encouraging people to venture into unfamiliar territory,  teams that have visited sites in all five counties also will be eligible for a prize. Still others may win a prize by being at the right location at the right time to be handed a key that may or may not open a treasure chest at the closing celebration.

A festive get-together in Roger Williams Park at the close of the hunt will begin at 5 p.m.